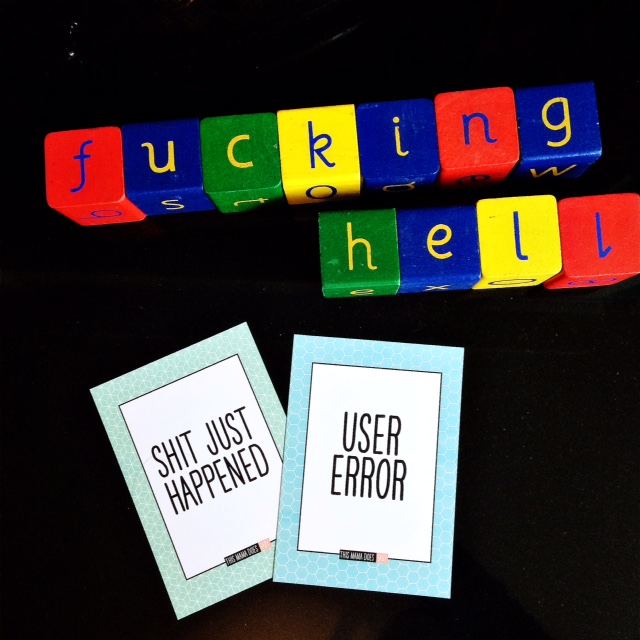 Just when you think things can’t get any shitter they do. Our coat rack fell off the wall yesterday, still with it’s too many coats attached. Under it is the buggy, the car seat, some shoes, some books for the charity shop. Other things too probably. I wouldn’t know because we still haven’t moved it. It is absolutely the least of our problems in a week when we’re both drowning in work and the car failed it’s MOT (to the tune of £700, WITH a discount). A shit week in a sea of shit weeks this year, when financial woes have become beyond crippling.

I was asked if I wanted a job on a film the other week by a friend who knows times are tight. It might have been juggle-able with my business (in an insane way, obviously, but the summer is usually quieter) except for the fact that I’m still exclusively breastfeeding the Little Miss, and the childcare cover we’d have needed to make my working away from home possible was going to use up all the money. As it turned out, the work I couldn’t afford not to take, I couldn’t afford to take.

This on top of the fact that last month we had to slash the Little Man’s nursery hours after fees went up by 50%. The first week of new, fewer nursery hours, I had to console my sobbing toddler in the street because he was so upset at coming home from nursery early. Tears streamed down my cheeks (thank you sunglasses for hiding them), as I tried to explain that we couldn’t afford for him to have lunch there anymore. Lunch being one of his favourite parts about going. And, truth be told, one of my favourite parts about him going too as it’s an extra load of cooking, shopping and clearing up I could do without.

I’ve been feeling a bit sad about women’s working opportunities post-kids lately. I don’t mind it being harder. I don’t mind it being a juggle. My life is fuller now, it should be more complicated, because it’s richer too. But it shouldn’t be THIS hard. I should be able to have my printer stop working and take 10mins to fix it without almost crying at the thought of how else I should be spending those precious minutes on other things on my long to do list. It’s actually been 3 days, two different types of paper, a new print cartridge and a lot of shouting. And it’s still not fixed. I ONLY WANT TO PRINT ONE SODDING LETTER.

My reading pile (screenplays, I’m a film & TV agent) is like the magic porridge pot – you can never get to the bottom of it. Right now if I could read everything I currently have to read, in one go, uninterrupted (ha!), it would take about 15 hours. That doesn’t include the thinking time on each script and the note-making. And I know that the pile will keep getting bigger every day. That’s on top of all the other stuff.

So today, this week, this month, this whole bloody year so far, I’m drowning, not waving. We are up to our eyeballs. Broke, exhausted and swearing at the printer. And after being so inspired at the Q&A I hosted last night for Women in Film & Television with the wonderful Karol Griffiths, I am going to try and write a new screenplay too.

Because what else can you do? You keep going, you have new ideas, you try new things, and you hope for better days.

And tonight. Tonight I will drink wine.