If you’re a Mama WINE O’CLOCK takes on a whole new level. I have always been of the fairly thirsty persuasion, but there’s something about being stuck in a house all day with small people which sends me diving for the wine fridge. The wine fridge I almost had to cry for in John Lewis at 7 months pregnant when we were doing up our kitchen and Mr Husband tried to convince me that we didn’t need one. We do *NEED* one I insisted/begged/almost sobbed. Nevermind the buggy and the crib and the circle of neglect, it is crucial parenting kit in our house as far as I’m concerned. It was even what I focused on while giving birth to the stubbornly not in quite the right position Little Man, and for that alone it’s already earned its keep in my book.

Usually it’s filled with whatever’s on offer in Sainsbury’s, but I decided to set myself the project of drinking some things a bit more locally produced than my standard New Zealand sauvignon blanc. Shop small, shop local, was my thinking. Chicken pox was my excuse.

First up then, some wine. London wine? Not possible you might think. Luckily for you I discovered London Cru, central London’s first winery. The grapes are sourced from European vineyards but arrive at London Cru within 36 hours for the squishing into wine bit. Quite a nice idea really. And made even better by the fact the winery is housed in a former gin distillery, bringing together my two favourite percentage-based things. 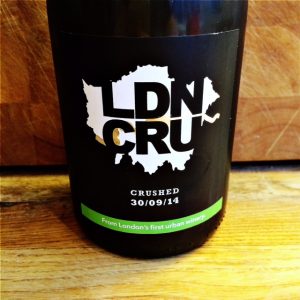 I’m usually in the white wine camp, and with summer on it’s way I didn’t see any reason to go for anything else, so I went for the LDN Cru Bacchus. The tasting notes suggest elderflower, nettles and cut grass, with a lemon pith edge. It was definitely fresh and summery, the influence of the elderflower and the cut grass no doubt. Nettles? I only know what they taste like wrapped around cheese so not sure about them. Mr Husband kept banging on about apples, and for someone who doesn’t usually like white wine he was pleasantly surprised. It had a slight oak to it, but still felt clean and light (but then what the fuck do I know). At £15 a bottle it’s perhaps not for your ‘it’s 4:01pm I need to neck wine’ option, but I like that it’s a London wine and I will be going back for more.

Next on the list was (obviously) a GIN. I’ve been desperate for a chance to try Little Bird gin for a while now and so this seemed like the perfect excuse. The first This Mama Does card I thought of was SEND GIN, and I think it’s probably known as Mother’s ruin for a reason. If motherhood had a cocktail, it would definitely have gin in it. 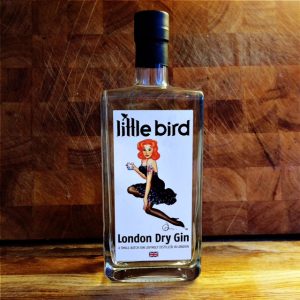 The first indication that Little Bird gin was going to be my friend was the amazing juniper smell on opening the stopper (and it is a lovely stopper, not a screw top, not that I’d usually care but it made a girl feel special). You might think a juniper scent is obvious, but having drunk a lot of gin, and cooked with juniper berries a bit, this was a big juniper hit. So far so good. Then as I poured it had the most lovely glug, glug, glug sound I’ve ever heard (and it’s fair to say I’ve been around some glugging in my time). Absolute music to my ears.

I was, for once in my life, obedient to someone’s suggestions and went with Little Bird’s recommended accompaniments – Fever Tree tonic and a slice of grapefruit. Silky, citrusy, masses of gin. Yes. Very good. And so lovely to be drinking something made in our neck of the woods. I heard of them via my twitter-following of the fab Maltby Street market, where they also have a little bar, but I was already embarking on the unfriendly market-drinking ‘baby years’ and so this taste has been a long time coming. If you like gin, drink this one. It’s delicious, it’s South London through and through, and I like it.

I can’t do a booze review without some FIZZ involved, especially in wedding season. No London champers to speak of, so I went for some Nyetimber bubbles made from vineyards in West Sussex and Hampshire: the Nyetimber Classic Cuvee from 2010. They describe it as (I’m paraphrasing) toasty, spicy, honey, almond, pastry and baked apple flavours. We weren’t sure about the toasty/spicy, but the pastry and honey and apples we were getting and it definitely seemed on the sweeter end of the fizzy wine spectrum. But then I did drink this one with my (ACE) next-door neighbour on a Friday afternoon (WINE O’CLOCK) while our kids watched (probably) inappropriate TV and we ate cheese and onion crisps. I’m sure the Nyetimber is used to more salubrious companions and deservedly so. It would be very lovely at a special event, but it works in your bestie’s kitchen too, just cos you’re worth it. 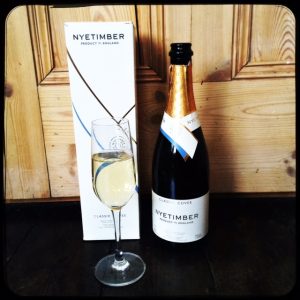 Finally, BEER. My most local trialling as it’s sold in Streatham, and soon to be brewed in Streatham! The Inkspot Brewery beer is lovely. I wanted to like the St. Reatham best (obviously), and here I am stealing from Mr Husband’s comments, when I say it was more complex than a usual lager but close to what you might find from a continental beer. And hurrah, my favourite of the bunch! We also tried the Czech Black which, oaty and chocolatey, was not far off a porter, and the American Pale Ale which did what it said on the tin. They also now do the 5.56 which they say is a copper coloured East India Pale Ale, brewed to 5.56% ABV and also the calibre of the Small Arms rifle used in the British Army (5.56mm) which is a nod to the former military career of one of the founders. We will be back to try this one and pick up some more lovely beer – St. Reatham for me and APA for Mr Husband. 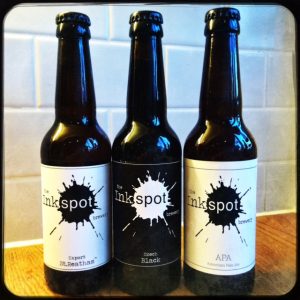 So if you’re stuck in a Marlborough Sav. Blanc rut like I was (not so bad really as rut’s go, but still) and looking for some new bank holiday drinking options then get your chops around one of these.

The London Cru direct from their website (£15 plus delivery).

Thank you to Holly Findlay for suggesting I try London Cru and Nyetimber. Holly actually properly knows about wine so for some more educated wine thoughts and recommendations do have a look at her blog: http://happyswigging.blogspot.co.uk/