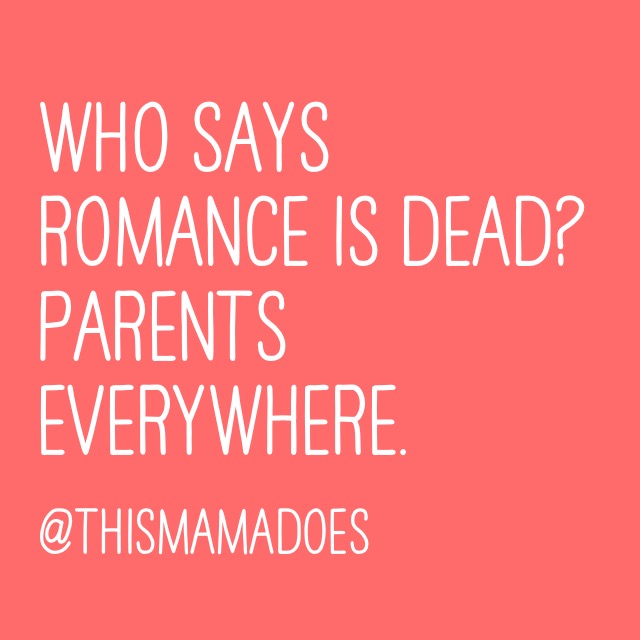 Facebook tells me that five years ago today me and Mr Husband were lying in the garden by candlelight after our first BBQ of the year. The comment from a friend: “You two are so romantic”.

Well what a difference 5 years and 2 children makes.

We might struggle to lie down in the garden now without fishing numerous plastic toys out from underneath us which have been swallowed up by the grass we don’t have time to cut. And of course the small thicket of sticks that the little man finds necessary for, it seems, everything.

As for candlelight, that is strictly reserved for dinner parties. Although even Mr Husband recently asked why I was bothering with them. The virtues of soft lighting not on his radar apparently. Lucky for me the other husbands both happily piped up with “oh I like a candle” (thanks boys, you know who you are), so I got my way. Until one of them burnt a little too fiercely and we had to repaint a wall. It’s all fun and ambient lighting until the house burns down.

Truth be told I’m not sure we’ve ever been a very romantic couple. Some highlights might be when I had to ask him to propose again because he wasn’t actually looking at me the first time. Or on date 3 when he arrived with a bit of a beard (as opposed to the healthy stubble I’d seen previously), I announced that it suited him because “it covered up some of his massive face”.

Love is most readily shown at the moment by agreeing to change 3 pooey nappies in a row, even when it’s definitely not your turn. Lovely, but not very romantic. But then how much romance do two tired parents need? I’m absolutely delighted when Mr Husband comes home with a cheeky Boost in his pocket for me. Dozens of red roses it isn’t, but it’s enough.

We could whisper sweet nothings into one another’s ears in the evenings I suppose, but we have a TV in our bedroom and a joint crush on Jed Bartlett. And then there’s the matter of the other woman. The small one with the dirty laugh who won’t sleep anywhere but in between us.

The definition of romance, google tells me, is ‘a feeling of excitement and mystery associated with love’. I’m not sure how excited you’re supposed to be able to get on 5 hours of broken sleep, but I’ll settle at not very. And as for mystery, 2 childbirths later and an ability to pick each others farts out of a line-up and I think the mystery has probably got up and left. So, excitement: knackered. Mystery: long gone.

But look what they’ve left behind. Two gorgeous children and the wonderful man with a massive face I couldn’t be without.

As for romance? Mine’s a Boost.