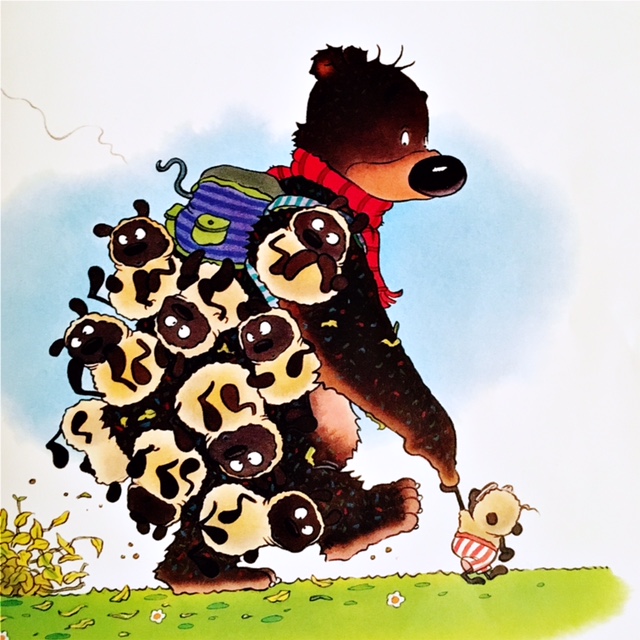 Last night I was feeling a bit sorry for myself, and there’s nothing like your 3 year old telling you at bedtime that your Hugless Douglas voice isn’t as good as Daddy’s to provoke a rolled eye and a smile on the inside. Some days this might send me over the edge because it’s always bloody Daddy this and Daddy that. And when it comes to voices, well, Spaghetti with the Yeti I have nailed, but Mr Husband can casually trot out Ray Winstone as The Highway Rat any time you like.

Last night though it brought me back from the brink, because being successful in the Little Man’s eyes is my Hugless Douglas voice and whether I can snap my fingers or not. Which actually means I’m not doing very well, but I did introduce him to his favourite music for the car – We Will Rock You, the five version, so I’m getting something right, even if it makes Mr Husband’s ears bleed. It’s the little things isn’t it?

It’s like watching the parents on Streatham Common for Kite Day. It doesn’t matter if you’ve got pots of money or not a pot to piss in, if you can’t get the kite in the air on that day, in that moment, then no one’s going to be singing anything from Mary Poppins on the way home. But if you can get the kite to fly, or catch the crab, or find the best stick in the whole wood, whatever it is that tickles the fancy of your particular type of small dictator person, then you’ll be a hero. That’s it. And often just trying to do those things is enough.

You don’t have to be pretty, or rich, or stylish. You don’t have to be clever, or funny, or thin. Because little kids don’t see those things. You just have to go on the adventure with them. That’s easier said than done some days of course, when you want to shut yourself in the loo and mainline gin, but it’s good to remember when the shit is hitting the fan in grown-up land, that being the most successful person in the world in their eyes isn’t really that hard.

Picture is from Hugless Douglas and the Big Sleep by David Melling.